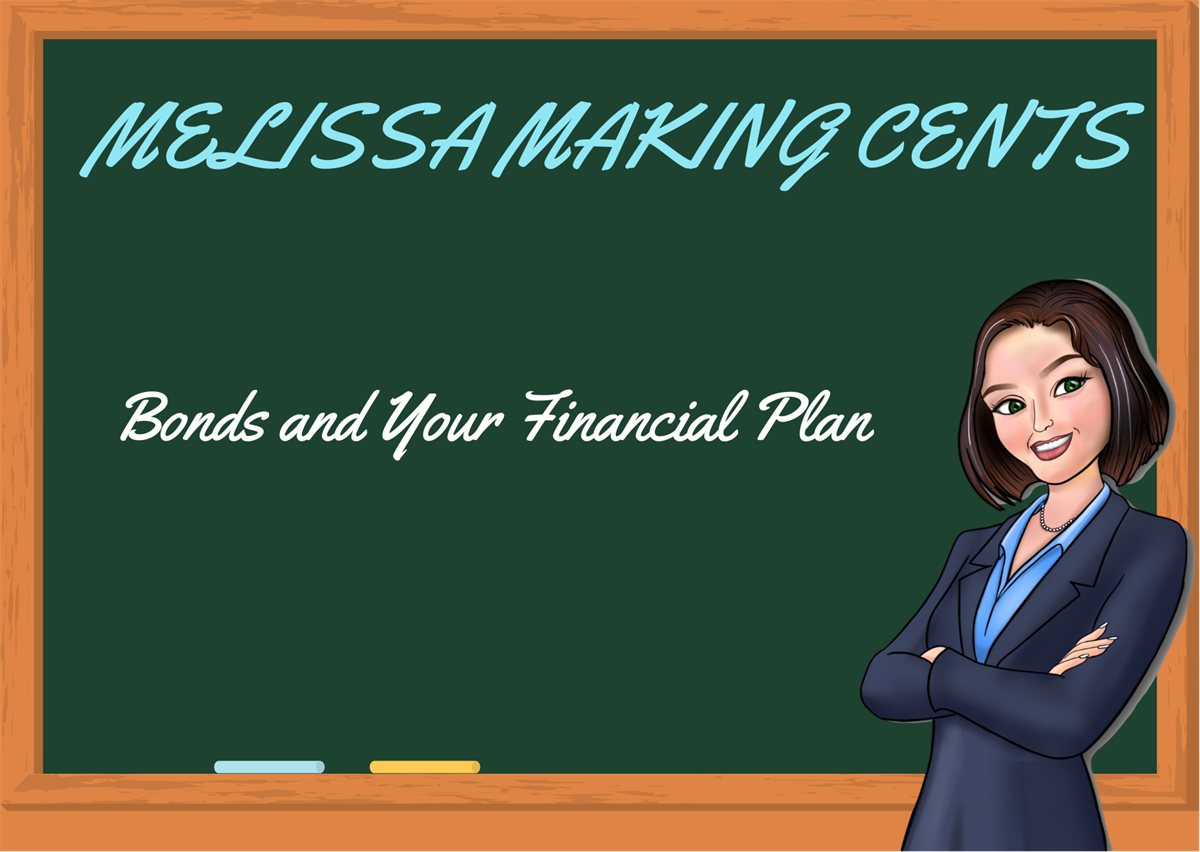 Bonds and Your Financial Plan

Bonds and Your Financial Plan

As a CERTIFIED FINANCIAL PLANNER™ and a financial coach, I know that there are tons of economic principles that go over people's heads. These aren't usually complicated concepts, but they're easily confused with one another and often get overlooked. Therefore, I have started a series of blog posts designed to inform my readership about these topics. My most recent blog post of this nature was Stocks and Your Financial Plan.

While topics like stocks aren't the most challenging thing to understand, they're somewhat out of the everyday person's wheelhouse. It's not that you couldn't understand it; it's that many people are just unfamiliar with the concept even if they're familiar with the term. Today, we're going to be talking about bonds, which is a term that's often confused or conflated with stocks. 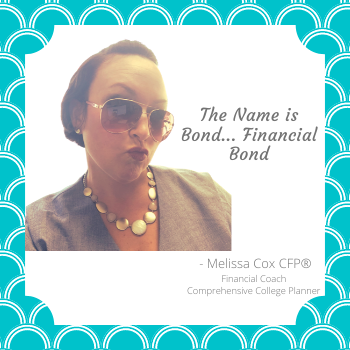 While bonds are not extremely complicated, it is important to understand that this is a general overview. Always consult your financial professional before investing to ensure that your investment is in line with your risk tolerance and your financial goals!

So what IS a bond? A bond is actually pretty simple in theory. It's sort of like an IOU that a company or other entity (like a government) offers to buyers. In return for the bond, the buyer loans money to the entity by means of paying for the bond. To make the loan worth it to the bondholder, the entity pays interest overtime in addition to paying back their principal amount when the bond reaches maturity. Bonds are often conflated with stocks because of the common phrase "stocks and bonds" when talking about investments, but bonds usually are a less risky alternative to stock. 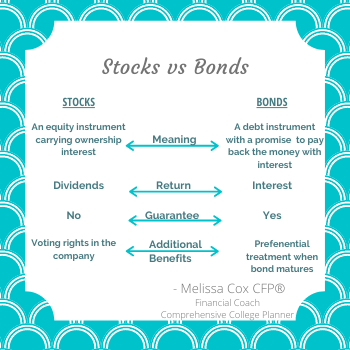 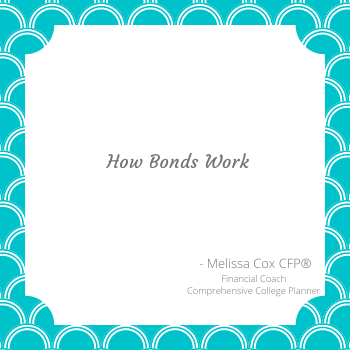 Bonds create money for both buyers and sellers. For someone who sells a bond, they're essentially taking out a loan that's funded through many sources, including individual investors. They create and issue bonds to buyers who give them money for projects or expenses on the front end. In return, someone who buys a bond makes an original investment into a company. Through that investment, they're returned interest over time. They're also owed the principal amount of the bond once the bond reaches its maturity date. 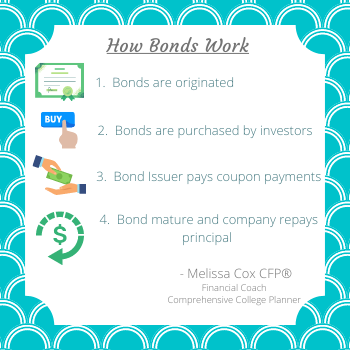 The principal amount of a bond is the amount that it's initially sold for. So, for example, if you buy a bond for $100 with a 3% interest rate over ten years, you'll earn $3 each year and (expect to) receive your principal amount back at the end of the ten years. If there are no issues with the company or entity that issued you the bond, this would mean you've gained 3% annually on your investment. 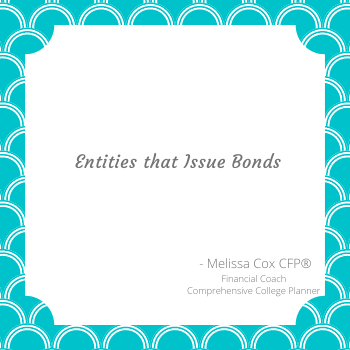 When thinking about who issues a bond, many people think of companies and businesses. They aren't wrong to think that way either; companies and businesses issue bonds all the time to take on new projects, pay for expansion, and generate extra capital. However, corporations aren't the only entity that can issue a bond. In fact, municipal governments and the federal government can also issue bonds. They do it for many of the same reasons that businesses do - they want more money to tackle various government projects, expand projects, or pay for public goods.

There are a few differences between bonds that are issued by governments and corporate bonds. For starters, the yield of the bond will likely be different. Corporate bonds typically have a higher yield than government or municipal bonds. This is because corporate bonds are seen as riskier by investors and credit agencies. Second, businesses and corporations are more subject to cash inflow issues due to external factors like the economy's overall health or competitors. Conversely, government bonds are seen as much less risky because they collect their income through taxes, which are easier and more accurate to estimate than corporate income. Municipal bonds are somewhere in the middle with both yield and risk because while they're funded through taxes, smaller governments may also have issues with cash flow which could cause them to default on a bond.

What Are Different Types of Bonds 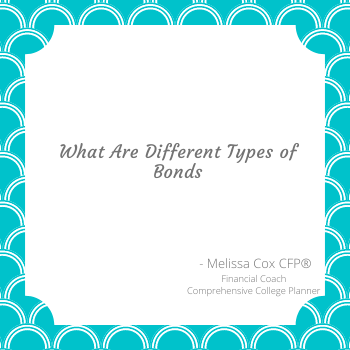 On top of bonds, there are also different types of bonds and classifications of bonds. Some categories for bonds are zero-coupon bonds, convertible bonds, callable bonds, and puttable bonds. To go much more into depth on the different classifications of a bond would be an article all its own, but just be aware that these exist and come with other terms and conditions. 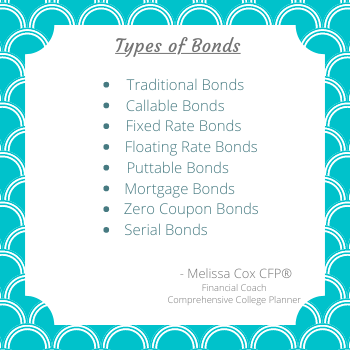 What Does YTM Mean? 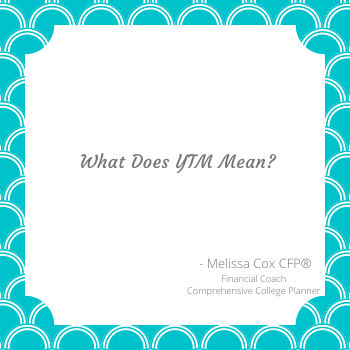 When learning about bonds, you're likely going to come across the acronym YTM followed by a percentage. This means Yield to Maturity, which is essentially what you could earn (as estimated) if you were to hold a bond throughout its lifetime. I say could because if you were to sell a bond before it reaching maturity, you would not earn the bond's YTM. But, of course, there's also the possibility that a bond won't produce to its estimated yield, which we'll talk about below when going over different types of risk involved with bonds.

Other than YTM, you should also be aware of the current yield. The current yield is annual interest divided by the current price. This gives you the percentage that you should expect to earn from a bond each year. While it's a good ballpark figure to use, it isn't assured and is only an estimation. You may make more or less than your current yield due to market fluctuations or other issues with the issuing entity.

What are Risks With Bonds 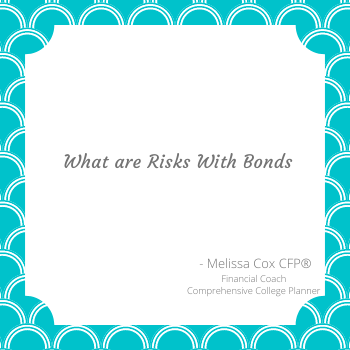 While bonds are seen as less risky than stocks - they aren't bulletproof. They're still an investment, and like all investments, they do have risks. They may not earn as much yield as is expected for starters, which we just talked about. Yield is something that's estimated and not necessarily guaranteed. Because of changes in the market, economy, or outside competitors, you may end up earning less interest than anticipated, and you should be very aware of that when investing in a bond. Corporate bonds are also susceptible to credit and default risk. This is essentially the risk that a business could go bankrupt and or dissolve, which would cause you to not receive back the principal amount of your bond. This can be assessed by credit agencies, but it can never be totally predicted. 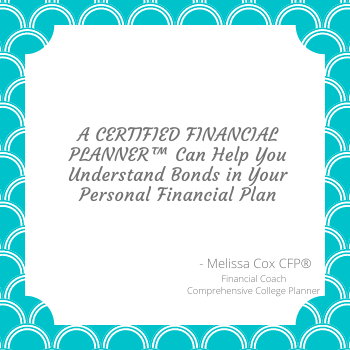 If you're considering purchasing a bond or another investment, the best option is to meet with a financial planner or financial advisor. We're here to help you invest and understand what you're investing in. Think of us as your one-stop shop for all things that have to do with you turning money into more money. As a financial planner and advisor, I'm very familiar with concepts like stocks and bonds, and I'm here to help you every step of the way! If you'd like to learn more about bonds and how they work, please, feel free to call or email to schedule an appointment with me. Together we can create a financial plan that helps you make the most out of your money and investments. 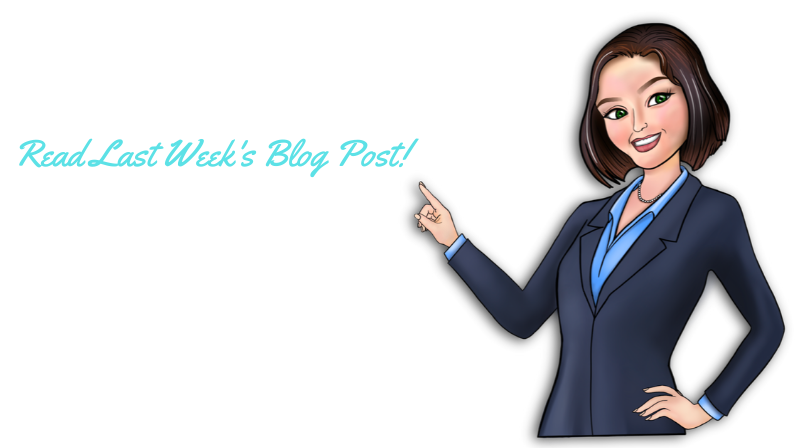