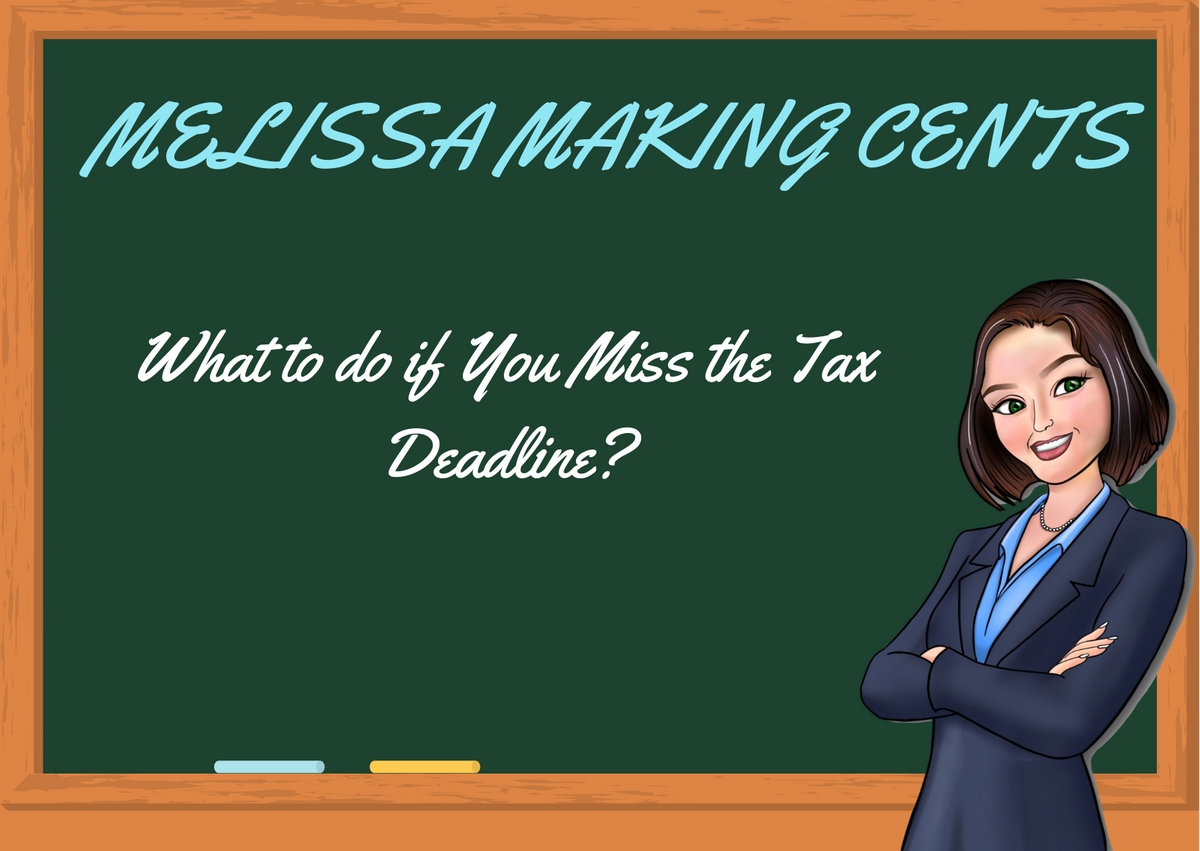 What to do if You Miss the Tax Deadline?

Any CERTIFIED FINANCIAL PLANNER™ could tell you that it’s a hectic time of year for those in the world of personal finance! But, depending on which side of the table you’re on, tax season is in full swing or finally over for most of us!

Honestly, it’s no secret that filing taxes is arduous, confusing, and almost universally hated. Being a financial planner, you see a little bit of everything; some people are air-tight about getting their taxes done and out of the way as quickly as possible, while others procrastinate the situation until the last minute. According to a survey conducted by IPX 1031, almost a THIRD of Americans waited until the last minute to file taxes!

That’s a massive amount of people, and to no surprise, there are many reasons why people decided to put off doing their taxes. While some were afraid they’d owe money, others were just put off by the amount of time they expected doing their taxes to take.

But what about those who MISS the tax deadline? What do you do? Are you in trouble? What are your next steps?

An excellent place to start on this subject is to discuss the actual deadlines for filing taxes. A recent study indicates that as many as 54% of Americans don’t know when the tax deadline is. Another poll of 2000 people showed only 27% of people were able to correctly identify the tax deadline.

To start with the basics – the tax deadline is exactly what it sounds like. It’s the hard date that the federal government sets for us to file our taxes without it being considered late. This year the date was April 18, and if you’re reading this, you’ve most likely already missed the tax deadline for 2021 taxes.

If you’re going to owe the government money for taxes, filing late is not an ideal situation. However, if you believe that you’ll owe money to the IRS or your state government, filing on time will save you money in penalties and late fees, which will be tacked on to your tax bill if you file past the deadline.

If you’re in the boat of filing and paying taxes past the deadline, the best advice anyone can give you is to get started right away. You don’t want to put it off - the longer you wait to file, the more late fees and penalties you’ll accrue.

A Tax Refund is Owed to You

If you believe the government will owe you money, you’re in a much more favorable position. Of course, you’ll want to get your taxes completed and filed as soon as possible because you never know for certain you won’t owe money until they’re finished, but getting them done faster also means receiving your refund (if you’re getting one) quicker.

Luckily, if you’re getting a tax refund and file late, there aren’t any penalties associated with late filing. However, this doesn’t mean you can put it off indefinitely either. You have three years from the filing deadline to still be eligible for your tax refund – after that *poof* it’s gone, never to be seen again.

A common mistake people make is not filing on time because they don’t have the money to make the payment that they’ll owe. This, unfortunately, is a bad strategy. If you don’t have the cash on hand to pay, you could pay with a credit card or loan. However, if that isn’t an option for you either, it’s better to go ahead and pay what you can now and pay the rest later than not pay anything at all. In addition, the sooner you pay down a portion of the amount you owe, the less you’ll owe in penalties and late fees, which generally are charged monthly.

Or Perhaps if you find yourself paying taxes annually.. creating a “Bucket” for Tax Payments should become part of your financial plan!

File as Soon as Possible

Whether you think you’ll owe taxes or get a tax refund, it’s always best to file as soon as possible. Like we just talked about, if you get your taxes filed and pay what you can now (if you owe money in taxes), the less you’ll owe in the long run after late fees and penalties have been assessed. However, the tax system we have is somewhat convoluted, which is one reason why so many of us procrastinate in filing. Because of this, many of us don’t know which position we’ll be in (or are wrong about which position we’ll be in) until we find out through the filing process.

What Happens if you NEVER File?

This again depends on which of the two main situations you’re in.

If you’re going to owe taxes to the federal, state, or local government and never file – your late fees and penalties will continue to pile up until they eventually begin sending you bills and letters. If you ignore their bills and letters, legal action will likely be taken against you to ensure that you get your bill paid. However, if you never file and you’re owed a refund, then three years down the road, your refund will go the way of the dodo bird.

State and local governments often have many of the same rules for paying owed taxes as the federal government. Therefore, it’s difficult to make blanket statements because each state and local municipality will have different rules and regulations surrounding taxes, penalties, and fees. However, you’ll likely have less leeway with a local or state government because they rely more heavily on everyone paying to complete projects and pay their employees.

Of course, with any rule, there is an exception. The IRS isn’t completely cold-hearted – if you need more time to get your ducks in a row and file, you can request an extension which must be filed by the tax deadline. A tax extension generally gives you up to an extra six months to complete your taxes. However, keep in mind that this doesn’t extend the time you have to PAY taxes, only the amount of time you have to file them.

A waiver may also be applied for through the IRS. A waiver can be filed to relieve the tax filer of penalties if they can prove that paying or filing taxes could have caused them undue economic hardship or if there was a situation out of their control.

Another tool the IRS offers tax-filers and taxpayers comes in payment plans. If you owe taxes that you can’t pay quite yet, you may apply for a long-term or short-term payment plan. Unfortunately, this won’t stop any late fees or penalties, but it will stop collections from seizing your assets as long as you make the agreed-upon regular payments.

How to NEVER Miss Your Tax Deadline!

Someone I knew once thought they were fortunate to have made a ton of money during the year, and they were excited to file their taxes  since they thought a refund was due! The problem was that they were a self-employed contractor and didn’t pay quarterly estimated taxes throughout the year. Unfortunately, this person had to take out a personal loan with a steep interest rate to afford to pay their delinquent taxes and cover the interest and fees for late payments. What’s the lesson? For starters, work with a financial coach, certified financial planner, or personal accountant – especially if you’re self-employed. Secondly, make sure you get those taxes paid and filed sooner rather than later!

Working with a financial planner, financial coach, or a personal accountant is the only sure-fire way for a non-finance or tax professional to be sure they’re staying on top of their taxes year-round. You never want to get caught in a situation where you owe taxes that you can’t pay when due. 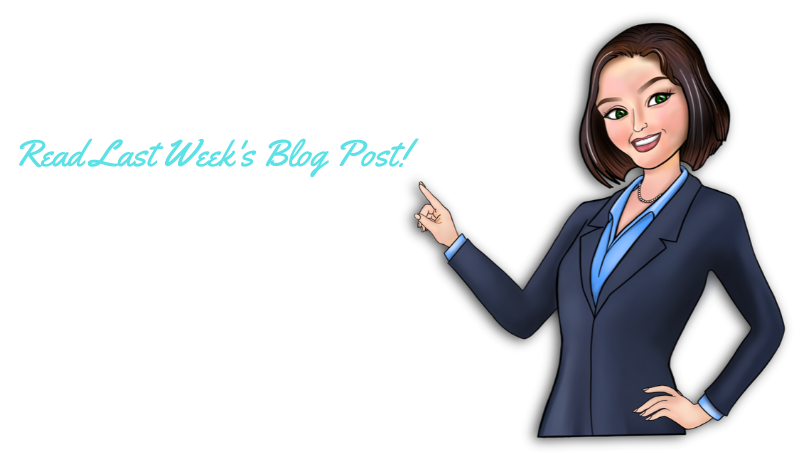 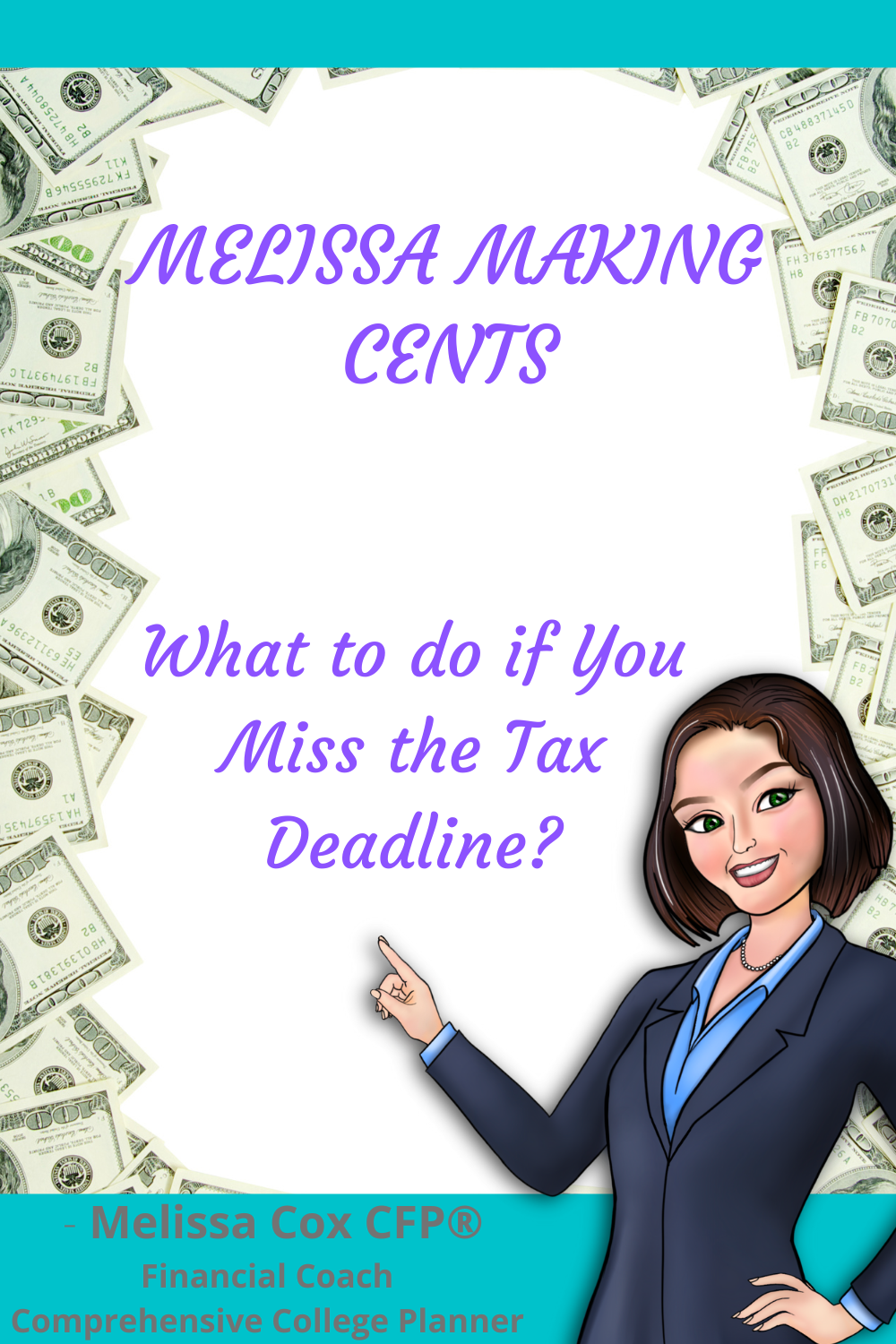