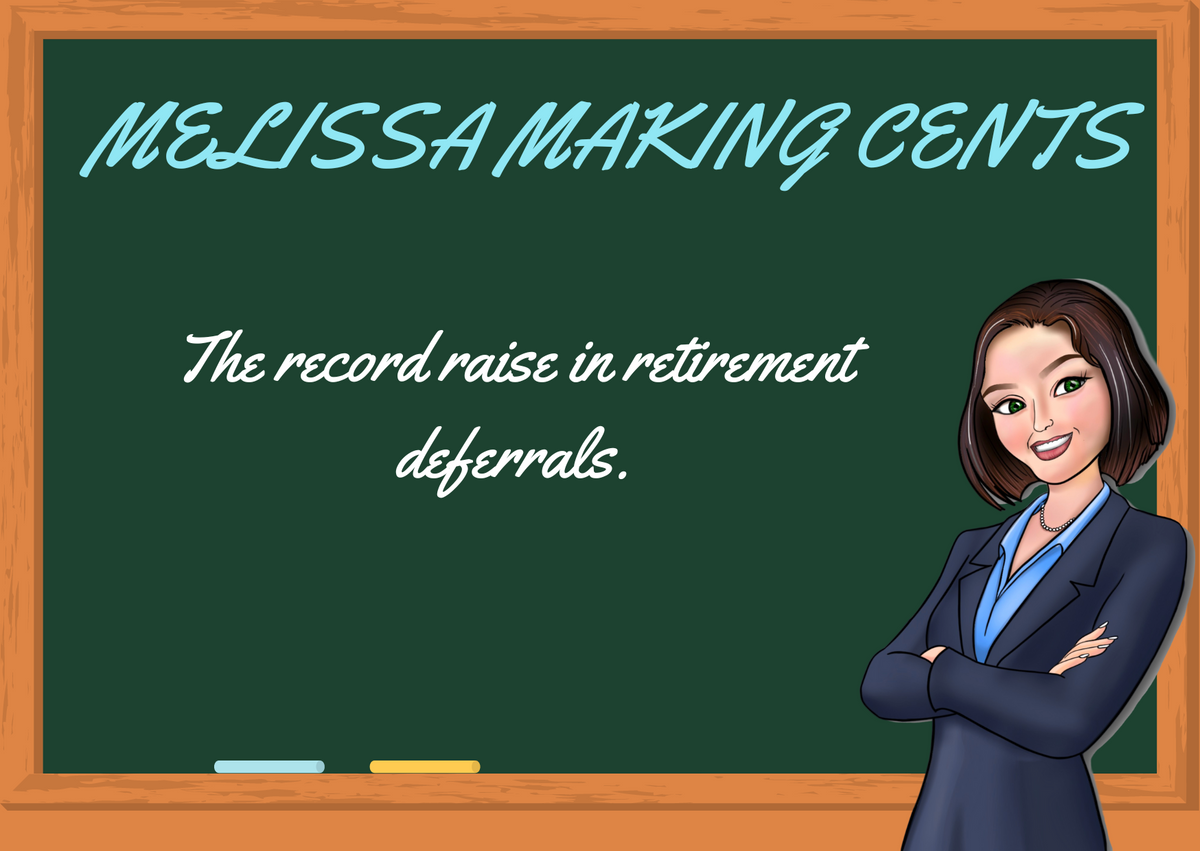 The record raise in retirement deferrals.

As a CERTIFIED FINANCIAL PLANNER™ and a financial coach, retirement and retirement planning are something that I think about on a daily basis. Almost everyone’s end-goal with financial planning generally revolves around retiring. Some want to retire early, some want to retire with a hefty account, and others just want to know that they have a settled plan to strive for so that when the day comes they can retire in the easiest fashion.

No matter which way you cut it, retiring is a popular topic among workers. If you, or someone you know are interested in creating a plan for retirement, but aren't sure where to get started - feel free to recommend some popular past posts to this blog like this one talking about IRAs or this one discussing 401(k)s.

And as for today - we have some serious news that has the potential to significantly affect everyone’s retirement plans coming straight from the IRS! That’s right, there are some major changes coming soon that’ll be affecting 401(k)s and IRAs. 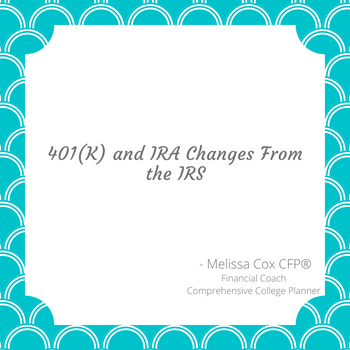 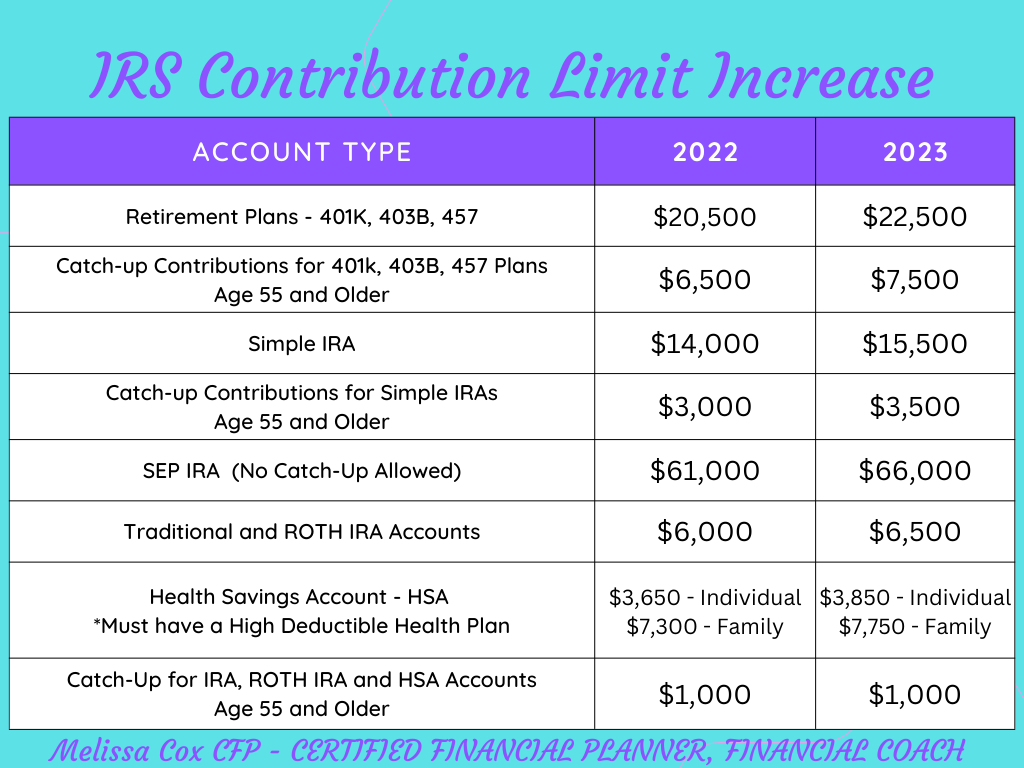 However, the IRS hasn’t only confirmed changes to contribution limits to 401(k), 403(b), and 457 plans. They’ve also announced a raise in the annual contribution limits of IRAs. That raise will be from $6,000 currently to $6,500 in 2023. There will not be a change in the catch-up contribution limit for those aged 50 and above. It will remain at the current limit of $1,000.

Why is This Significant? 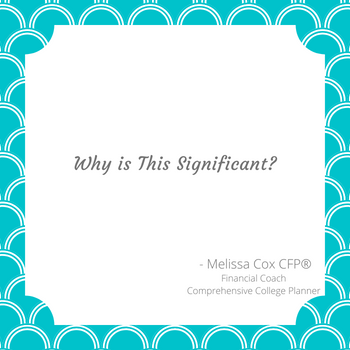 There should be no misunderstanding here - any increase in contribution limits is significant for account holders. However, this is an especially significant raise of almost ten percent in contribution limitation, which will seriously impact the bottom line for those who are regular contributors and saving for retirement. I highly recommend making the most of this change.

If your financial coach or financial planner hasn’t already reached out to you to discuss these upcoming changes, I would recommend taking the first step by requesting to set up a meeting discussing the changes to your financial and retirement plan. It always pays to be proactive when it comes to saving and investing, as a short amount of time can create a significant difference in the grand scheme of things. This is especially true when thinking about things like compounding interest and reinvesting.

Why the IRS is Raising Contribution Limits 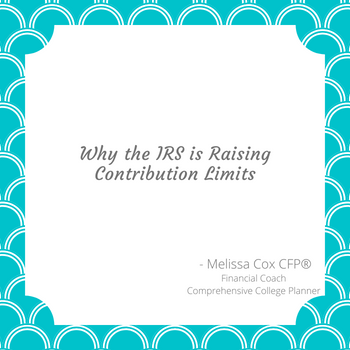 This good news could almost seem too good to be true for those who want to invest more towards their retirement. However, make no mistake, the contribution limits weren’t raised just to be nice. Instead, they’re to help Americans keep up with the current rate of inflation.

It should come as no surprise to anyone that inflation has been out of hand recently. We’re currently sitting at about an 8% rate of inflation, which is significantly above the 2% inflation rate that the federal reserve strives to hit each year. The United States isn’t alone in this battle with inflation. Inflation is up on a world-wide scale at the moment, and has caused a lot of strife for governments and citizens alike. This move to raise contribution limits is an attempt from the IRS to keep up with cost of living and projected cost of living increases.

Who Can Benefit From Raising Contribution Limits? 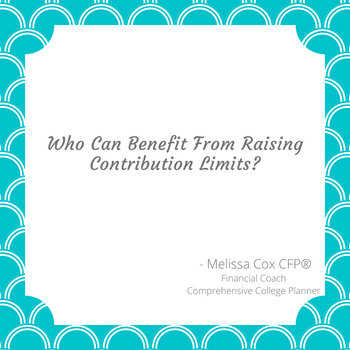 Anyone who holds an account that will be receiving a contribution limit raise can benefit! However, benefit may be a bit of a strong word here. Like I previously mentioned with the cost of living increases that stem from inflationary issues, we’re really looking at more of a realistic reflection of projected cost of living. For that reason, it’s vitally important for you to speak with your financial advisor to figure out if the needle has moved on your monetary goal for retirement, and what that change in real-dollar cost is going to look like for you specifically. All of that will obviously be affected by your projected monthly and yearly budget, and the rest of your financial plan.

Will This Negatively Affect Anyone?﻿ 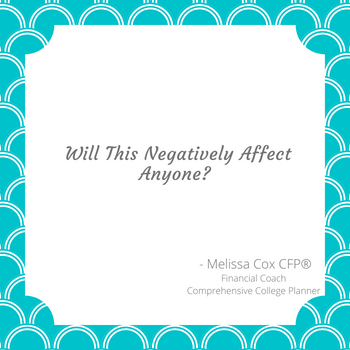 While it may be surprising to hear - the contribution limit increase isn’t all roses and sunshine. It isn’t necessarily the fact that it’s happening, and I’m not sure that there will be any direct correlation of negative effects for account holders. However, there are other negative-ish aspects to be considered.

For starters, just because the limit is being raised, doesn’t mean that you’ll realistically be able to contribute up to that new limit. With the number of American families living paycheck to paycheck there are, it isn’t realistic to believe that all of them will be able to regularly contribute more to something they can already barely afford. This is especially significant when you consider the fact that more inflation means less purchasing power at a time when salaries and wages aren’t necessarily also increasing.

Of course, there isn’t necessarily anyone to blame for being left out. It’s just an unfortunate reality. After all, it’s better to have the option to contribute more if you can than to just flat-out not have the option at all.

Next Steps in Your Financial Plan! 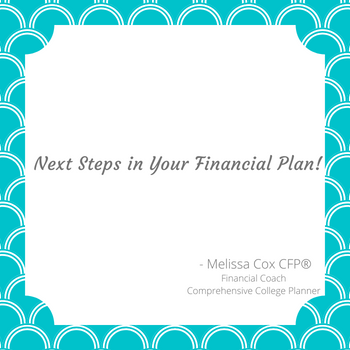 If you’re considering starting a retirement plan - there’s never a bad time to get started. In fact, the sooner you start planning, budgeting, and contributing for retirement, the better off you’ll be. Compounding interest starts as soon as you start contributing, and that growth can be seriously affected by small amounts of time. This increase in contribution limits only means that you’ll be able to get started on the right foot!

If you already have a retirement account that you’re regularly contributing to, the next step is to contact a financial coach or financial planner to make sure that you’re taking full advantage of your options. After all, you never want to leave available money on the table.

While it’s fun to fantasize about retirement, getting started isn’t always easy and at times it can be really nerve wracking. If you or someone you know is interested in learning more about retirement planning, please call or email to schedule an appointment with me. 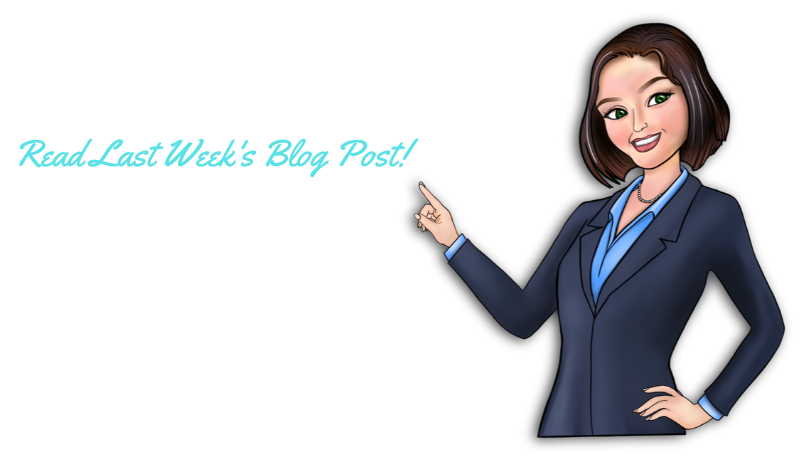 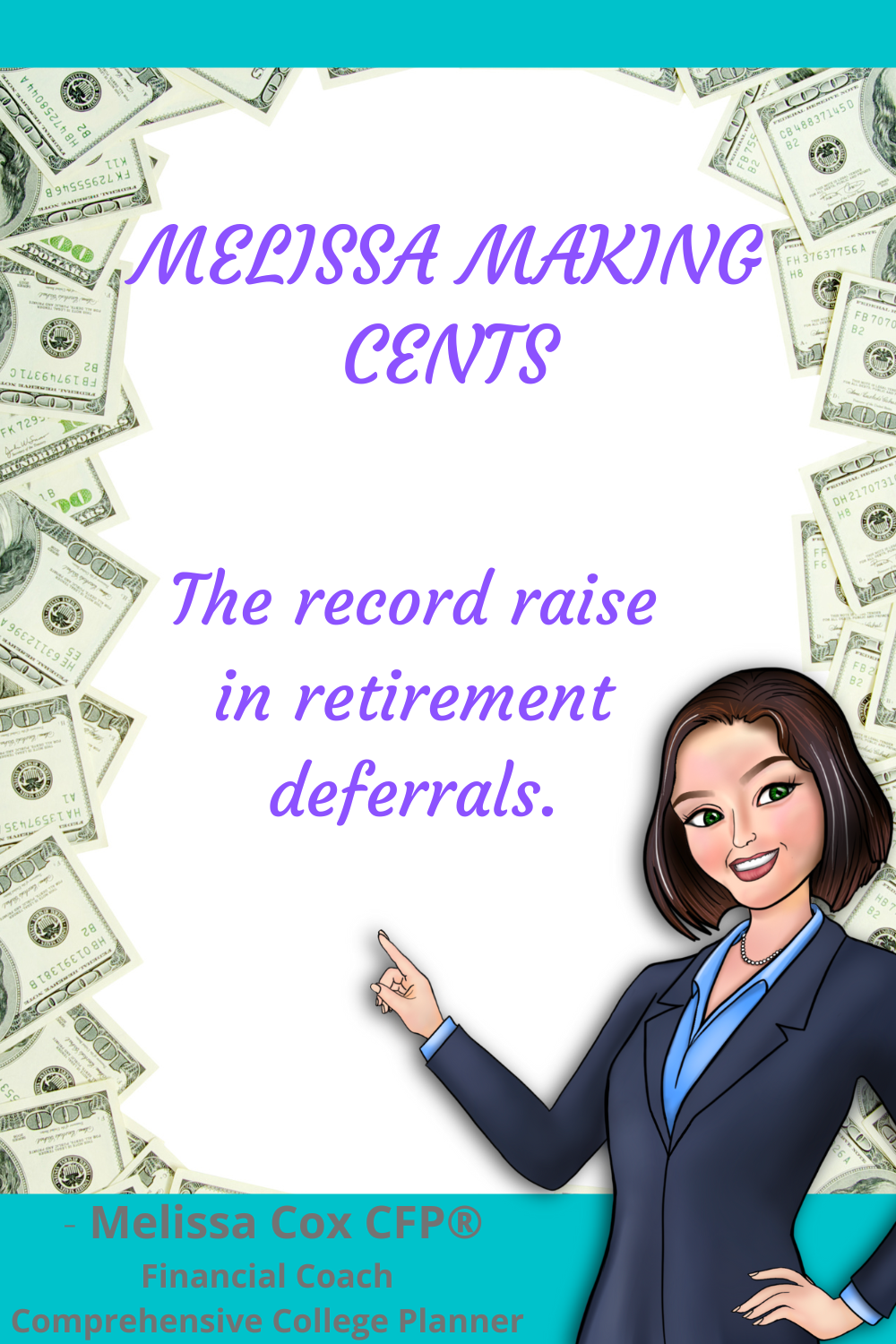