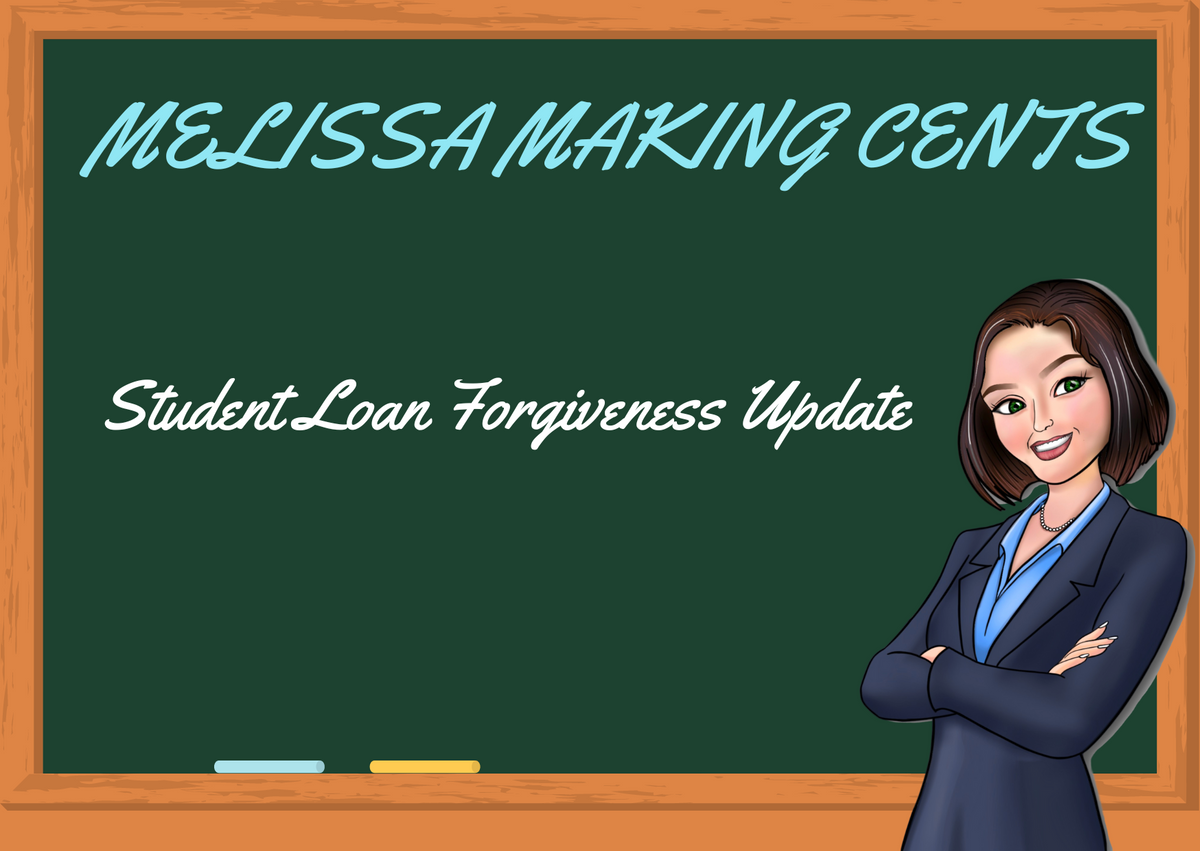 Hi everyone, and welcome back to Melissa Making Cents!﻿

As a CERTIFIED FINANCIAL PLANNER™﻿, Financial Coach, and College Planner there sure has been a metric ton of news and developments over the past few years. Most obviously, the coronavirus pandemic impacted all of us. And I know – there’s controversy around that subject. However, no matter which way you view the pandemic, the impacts in the financial world were undeniable. All sorts of regulations and laws were placed into effect in just about every industry and sector imaginable which shaped the economy and financial future for all of us.

Skipping over murder hornets and a few other out-there occurrences, the war in eastern Europe is another economically and financially monumental event which led to sanctions and more trade regulations. Next up, inflation has impacted virtually every American’s bottom line over the past year. Rising prices for gas, groceries, and goods mixed with supply chain issues from a hungover and hungry economy.

We could all use some good news, right?

Well, I’m here with good news for a large portion of Americans. The President has just unveiled a plan to tackle student debt that will affect millions of us. However, this news doesn’t come without its share of controversy and dissent (but what doesn’t these days?).

Yes, it’s finally here! The fulfillment of a campaign promise to millions of Americans to deal with student debt. Or is it?

While some oppose the idea of student debt cancellation for political, philosophical, or economic reasons – others oppose it for not going far enough. This post, and in a broader sense this blog, is not meant as any sort of political outlet. I’m not here to push any ideology, belief system, or political opinions. What I am here for; however, is to provide you with a fundamental understanding and education in personal finance as well as clue you into the most recent developments that will influence your financial future… so that’s what I’m going to do! I’m also going to discuss various viewpoints around this subject and allow you to form your own opinion while still providing the facts.

The Three-Part Plan Laid Out by the President

On the White House’s website, the new plan for student debt relief has been laid out in three parts.

The first part of the plan is targeted debt relief. What does that mean? Well, to ease some of the financial hardships caused by covid and its restrictions, the Department of Education plans to cancel up to $10,000 in student debt for non-Pell Grant recipients and up to $20,000 for Pell Grant recipients so long as their income is less than $125,000 for individuals or $250,000 for married couples. This action is intended to lessen the burden of debt that many Americans took on to pay their way through college.

If you’re wondering, these parameters do not apply to private student loans. This plan is specifically targeted at those who have taken out federal student loans.

The second part of the three-part plan is to make repayment more manageable for current and future borrowers. The president plans to do this by introducing a new income-driven repayment plan that will be cutting monthly payments to 5% of one's income. The White House says is half the rate that borrowers must pay under present conditions. On average, this should lower monthly payments by more than $1,000.

The final portion of the three-part plan is to “[fix] the broken Public Service Loan Forgiveness (PSLF) program by proposing a rule that borrowers who have worked at a nonprofit, in the military, or in federal, state, tribal, or local government, receive appropriate credit toward loan forgiveness.

This will be done by building on current Public Student Loan Forgiveness Policies that have been temporary up to this point. This third and final part of the student debt relief program remains somewhat vague, and we will see in the future what comes of it.

To transition everyone smoothly to this plan, the White House announced that student loan repayment forbearance will be extended a final time – until December 31, 2022. This means that you should prepare to take on your new student loan payments starting at the beginning of in 2023.

As most of us know, student loan repayments have been in forbearance for quite some time – actually, since before the current administration was in office. And while this isn’t the first time that the president has stated that this will be the final extension of that forbearance, unless something drastic happens – I’d count on it this time. While its always best to operate with whatever the current knowledge/status is on student loans, I don’t see a new forbearance coming into place unless something incredibly drastic were to happen.

Will Forgiveness Be Automatic?

That remains to be seen. However, there will be steps one can take to ensure that you will receive your cancellation as long as you qualify. Remember, to qualify – you must make less than $125,000 as an individual and less than $250,000 as a married couple. The government says that by the end of the year they’ll have an application where Americans will be able to confirm their income information and request loan forgiveness. They do also say that they approximately 8 million people’s income information already and that for those people loan cancellation may be automatic.

Unfortunately, if you’ve already repaid your student loans, retroactive cancellation (or being paid back the amount you would’ve qualified for) isn’t happening. This relief program is only aimed at those who currently have outstanding student debt and developing a new way of handling student debt for future students. Speaking of future students, no they won’t receive $10,000 off their future student loans. They will; however, be affected by the new policies regarding income-driven repayment programs and Public Service Student Loan Forgiveness.

What’s Next? Should You Count on MORE Cancellation?

As of right now, I would not count on any more student loan cancellation beyond what’s been promised. As always, its best to count on what you know instead of what you’re hoping for – however, it’s likely that this cancellation is going to be the “big move” for this administration’s first term.

For your financial future, I would say that what this news means that it’s time for a sit-down with your financial planner, financial coach, or college planner! While we obviously don’t know what could happen in the future – this will most certainly affect the monthly budget for those who meet the criteria receiving student debt relief.

Is This an Overall Good Move for the Nation?

Okay, lastly – I did promise that I would provide some insight as to how different portions of our population interpret this student loan relief program. However, none of these opinions are my own.

However you view the broader implications of the announcement of student loan cancellation and student debt relief, one thing is certain and that is that it’s going to personally help a large section of the population.

If you're interested in discussing student loan forgiveness options, please call or email to schedule an appointment with me. We can create a financial plan that can that budgets and tackles student debt! 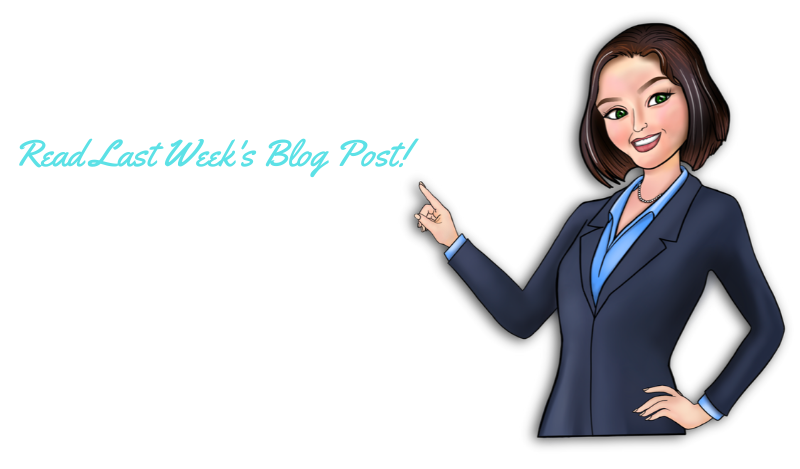 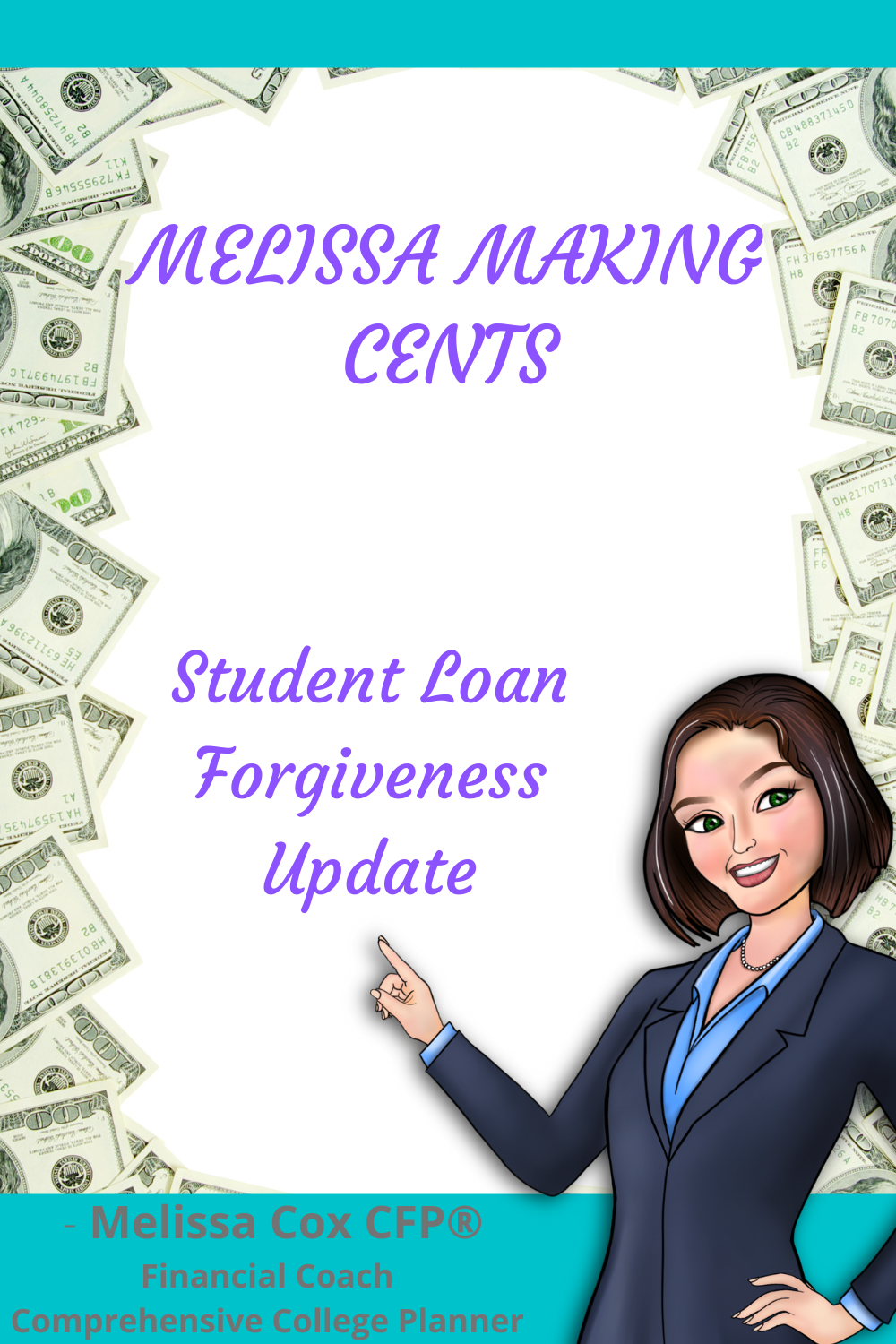