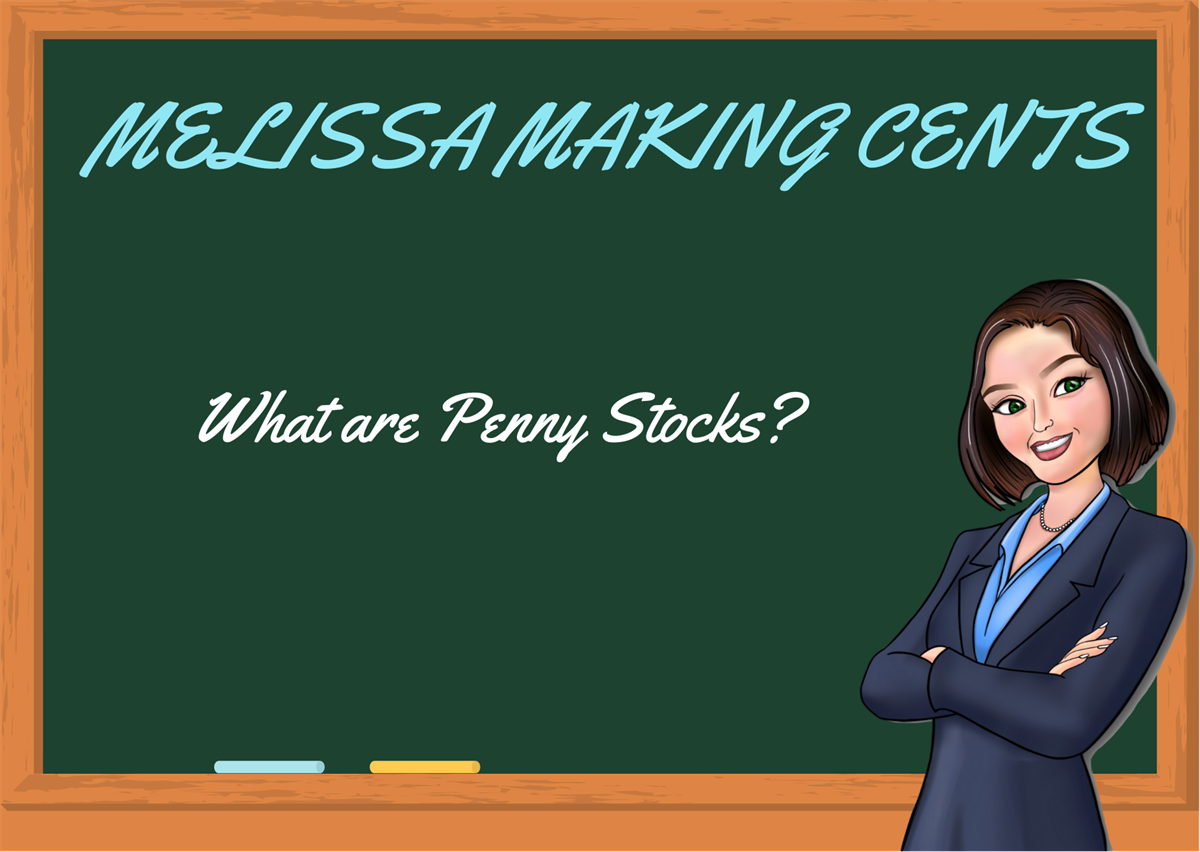 What are Penny Stocks?

What Are Penny Stocks?

As a CERTIFIED FINANCIAL PLANNER™, I find that there are usual trends many of us seem to fall into. By trends, I don't mean fads; I mean that often people seem to make similar discoveries and pitfalls along their journeys. This appears to be somewhat true for most things, but it's especially true when it comes to personal finance and investing. That's one reason I've been making an effort to create blogs that cover the basics of investing and personal finance.

These blogs follow a back to the basics theme, and I believe that they're helpful, especially to those interested in self-education. Some of the terms and subjects I've covered have been mutual funds, exchange-traded funds, and commodities. Being a financial coach, I take both personal and professional interest in helping others uncover these terms and learn a more comprehensive approach to finance.

Today, we're going to be talking about Penny Stocks! Penny Stocks are something that I often discuss with clients as they're reaching a slightly more refined level of sophistication regarding their personal financial goals and wellbeing.

What are Penny Stocks?

Penny stocks have been around for quite some time, and as long as they've been around, they've been attractive to many investors. However, in recent years, they've sort of made a bit of a comeback in popularity, in small part from the movie Wolf of Wall Street. While many aren't fond of this surge in popularity because of Hollywood's portrayal of them, the film itself does some justice in the fact that it highlights some of the danger that comes with investing in them. 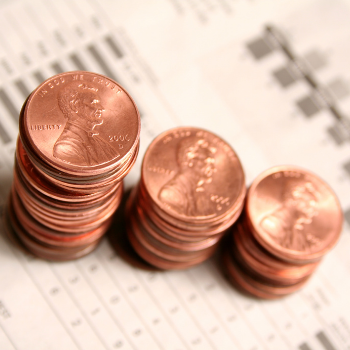 The name Penny Stock derives from when Penny Stocks were classified because they were sold at less than a dollar per share. However, more recently, the SEC, or The Security and Exchange Commission, have recategorized them as stocks being traded below five dollars. Thus, generally speaking, Penny Stocks are issued by smaller companies instead of larger companies like the Walmarts, Amazons, or Apples of the world.

Though Penny Stocks can be very attractive, especially to newer investors or investors with limited funds, an unfortunate truth is that they can often be pretty risky. However, the risk in Penny Stocks, like all other investments, varies from stock to stock, meaning not all of them are equally risky. One thing that makes Penny stocks a hazardous investment is their volatility. Volatility is the tendency for an investment to vary rapidly and unpredictably. 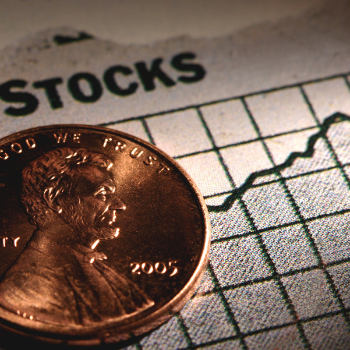 Being more optimistic, we can talk about some of the less ill-intentioned players in the penny stock game. These are smaller companies that are just attempting to gain funding. Though well-intentioned, investments like these can also pose severe risks to investors for a few reasons. For starters, smaller businesses like these are difficult to predict and examine from the outside. There is less publicly available information, so determining the differences between a good and a bad investment can be extraordinarily challenging. Smaller businesses that offer penny stocks also have much less funding than larger companies, making them less able to adapt and overcome difficult situations, like economic uncertainty.

All in all, you don't want to judge an entire segment based on a portion of bad apples. However, whether you're worried about smaller companies with limited capital and less information available (which allows you to make the best decision possible) or bad apples which may be trying to squeeze the last bit of life out of their company - penny stocks undoubtedly pose severe risks to investors which may make it impossible to recoup all or any of your initial investment.

Like many other assets, there are ways to limit and mitigate risk with penny stocks. However, some argue that the risk totally outweighs the possible benefit even with mitigation strategies in place. One such available option would be to have a stop-loss order in place. A stop-loss order will trigger selling stocks if a stock price declines to a specific price. While this is generally a good strategy, it, unfortunately, doesn't cover all of the bases for penny stocks.

One problem that comes with investing in penny stocks, besides their volatility, is their illiquidity. Being liquid in finance refers to the ability to buy and sell an asset in a reasonable amount of time. While stock in Apple is very liquid and will more or less be immediately snatched up in trading hours, a penny stock doesn't have that advantage. Because it's issued by smaller companies that fewer people have heard of, fewer people are chomping at the bit to purchase it. This means that while a stop-loss order will help minimize your losses, it won't totally save you because the price of the stock (when selling) has the potential to continue falling after your stop-loss is triggered.

Penny stocks that have made it big!

Occasionally you will find a penny stock that becomes successful. Stocks like Apple, Ford and SNAP were all penny stocks at one point. Even Amazon once traded under $2 per share when the company was a little known start-up tech stock.  It’s a fun reminder that there can be diamonds in the rough if you are willing to do a little work to find them.

As a CERTIFIED FINANCIAL PLANNER™, I'm not a fan of investing in penny stocks due to the large amounts of risk. If clients feel that they must be a part of their investments, I would encourage them to create a “fun” account to purchase penny stocks instead of using an account that is a key part of your financial plan. This separate account will help earmark money that can be invested for fun, and keep it separated from the money we are needing to work towards our future.

The Blue Chip Versus The Penny Stock

Penny stocks, on the other hand, are much more volatile. So while you stand to make momentous rewards with some penny stocks, you also take on the burden of much higher risk. Unlike a blue-chip stock, a penny stock has a much higher likelihood of dropping to zero and becoming completely unsellable with a business or company going defunct. Moreover, because of the nature of smaller companies and companies that aren't doing as well, the lack of information really stunts your ability to make judgment calls outside of the stock's price.

This leads us to another issue to which penny stocks are unfavorably susceptible. This issue is fraud. Unfortunately, more relaxed regulations on penny stocks and lack of information are sort of the perfect storm for pump and dump schemes. If you're unaware, pump and dump schemes are essentially when either businesses, individuals, or groups of individuals attempt to manipulate the price of an investment in an upward trajectory. This allows the malicious actors to purchase when a stock price is low and sell when it's become artificially inflated (after misled investors purchase). Of course, the investment price corrects once this is done, which loses good people a lot of money.

With all of this being said, it may be hard to see any upside and why some seek out penny stocks to invest in. The high volatility of penny stocks means that they can make a lot of money. However, the likelihood of this happening is extremely low. This shifts many in the financial field to no longer think of penny stocks as a viable investment and more like purchasing a lottery ticket.  Psychologically there is a thrill behind the thought of hitting a home run with an investment in a penny stock. 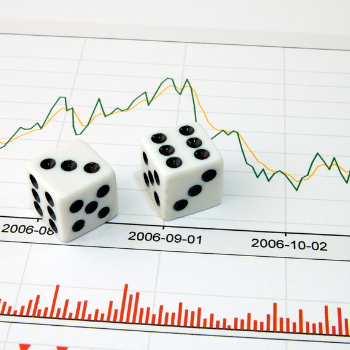 Another reason that penny stocks are attractive is in the name. They're cheap, allowing investors to purchase large amounts of them, whereas they'd only be able to buy small quantities of more known blue-chip stock. Unfortunately, all of this leads many to wrongly believe that they're a shoo-in to double or triple their initial investment if the stock only fluctuates upward a small amount. Many also wrongly assume that they're investing in up-and-coming businesses; however, like we previously discussed, many companies who issue penny stocks are unhealthy, old, and on their way out of business, or downright fraudulent.

If you are interested in investing in penny stocks, I'd urge you strongly to discuss your decision with a financial advisor or financial coach who can help you determine whether or not the company you're interested in is worthy of your investment. Not only does this help give you a second pair of eyes on your potential investment, but it also helps curtail your expectations and keep you grounded in your decision-making processes.

Are Penny Stocks worth the Gamble?

According to a SEC study, investors lose roughly $18 billion a year investing in penny stocks.  To put that number in perspective… it’s the approximate revenue of the entire US Music industry!

Many well educated investors flock to penny stocks for buzz words like cannibas, cryptocurrency, pharma and gold. The same study shows that the average return on a penny stock is -30%, no matter how long an investors holds the stock. 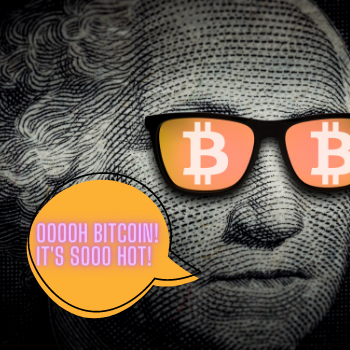 The unfortunate reality is that Penny Stocks are often subject to illegal “pump-and-dump” schemes. In the immortal word of Peter Lynch, Fidelity’s Magellan fund manager from 1970-1990, “During the Gold Rush, most would-be miners lost money, but people who sold them picks, shovels, tents and blue-jeans (Levi Strauss) made a nice profit.”

A CERTIFIED FINANCIAL PLANNER™ can help you create a customized financial plan to include “play” money.

If you'd like to learn more about Penny Stocks, other financial terms or strategies, or if you'd like to begin investing, please, feel free to call or email to schedule an appointment with me. Together we can create a financial plan that helps you make the most out of your money and investments.