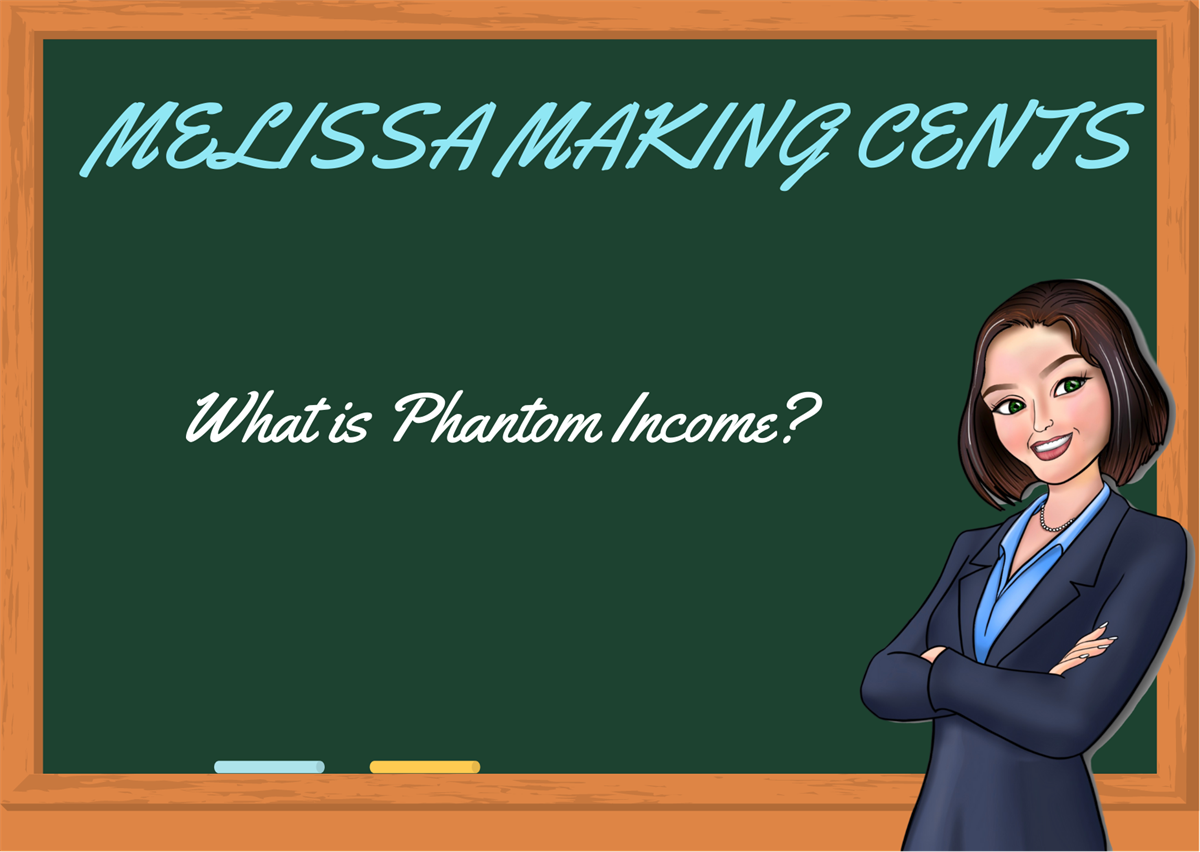 What is Phantom Income?

What is Phantom Income? (Halloween Special)

It's that spooky time of year again! The leaves are falling off of the trees, everyone's drinking pumpkin spice in one form or another, and Halloween is just around the corner. Yet, there's something about Halloween season and fall, in general, that's calm. Maybe it's the foliage changing colors or people not taking themselves too seriously as they and their children dress up as ghosts and ghouls. Either way, as your friendly neighborhood CERTIFIED FINANCIAL PLANNER™ and Financial Coach, I thought it would be an excellent opportunity to talk about something that can be genuinely terrifying for adults.

Alas... Today's tale is a tale of caution.  A Caveat Emptor that should remind you to consult your tax advisor before considering the purchase of phantom income producing investments.  We are merely scratching the surface in our haunting narrative of imputed earnings.  Terrifying... I know! 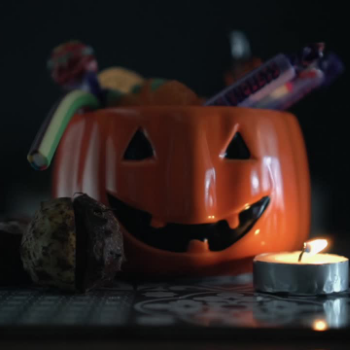 PHANTOM INCOME… (Insert Phantom of the Opera organ music here). Phantom Income (lightning strike) isn't just your money dressed up in a bedsheet with eye holes cut out. Actually, it's something quite a bit scarier (thunder claps). So, let's get into the Halloween spirit, turn on Hocus Pocus for the kids, and get into it... if you dare!

What is Phantom Income?

Phantom Income, or phantom revenue, is a financial gain through investments that you haven't received any monetary payout, either through selling or distributions, yet. That's a scary, hard, complicated definition full of a lot of mumbo jumbo, so let's dissect it to better understand precisely what all of that means. 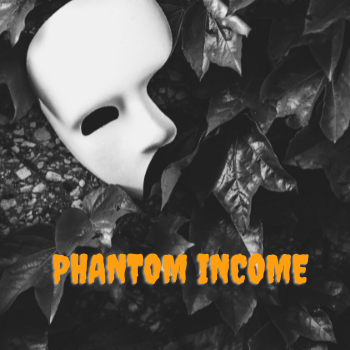 Have you ever found a five-dollar bill in a coat pocket that's been there for a year or two? Well, that's actually really similar to what phantom income is. It's income that you have but haven't actually received yet. That's because the income is created through investing activities, partnerships, and equity agreements which haven't quite crossed the finish line. But what's so scary about that? It's extra money, right? Everyone likes extra money! Yes - it is extra money; however, it's money that you don't have in your pocket yet, but it could still come with tax implications.

Phantom Income isn't just a ghost that turns invisible; it's a shapeshifter that can take many forms. There are a variety of ways that one can become the holder of phantom income. Some of the most common ways are through bonds, domestic partnerships, and business partnerships. Each of these situations is unique and will take a bit of additional explanation.

Bonds, specifically zero-coupon bonds, can be re-sold. However, they don't pay out interest until the bond reaches full maturity. Unfortunately for the bondholder, this doesn't mean they're immune to paying taxes until that time. In fact, if the bond issuer reports the interest annually, you may be on the hook for the taxes that come with that interest.

Domestic Partnerships are another way that one can incur phantom income. This is truly an unfortunate way to do it because you're not really participating in business or investing. However, one domestic partner may be on the receiving end of phantom income because of benefits (like insurance) that they receive through the another partner. (usually the general partner)

Business partnerships can accumulate phantom interest in several ways. This is likely the most common way that phantom income is created, and because so much goes on within a business, it can be the sneakiest as well. One of the more common ways a business partnership can make phantom income is by owners forgoing their own payout but reporting it to the IRS. In situations like these, you must pay income tax though you haven't received any actual payment from the business at that time.

Another common way to accumulate phantom income through business dealings is by working for a startup. It's not uncommon for those working for a startup to work for equity in a company instead of for cash. Though you don't have any money in hand from working for that business, the equity still has value and is still taxable in certain situations.

These aren't the only ways for someone to incur phantom income, but they are some of the most common. You may also receive phantom income through canceled debt, real estate, and various other ways stemming from business partnerships.

The Scariest Part about Phantom Income.

This extra burden is freaky, but it can be handled through proper financial and tax planning. Obviously, the worst part of this whole deal is that you have taxes but don't have the money incurring those taxes to offset them. This creates a bind for many, especially those who don't realize they're making phantom income until tax season. 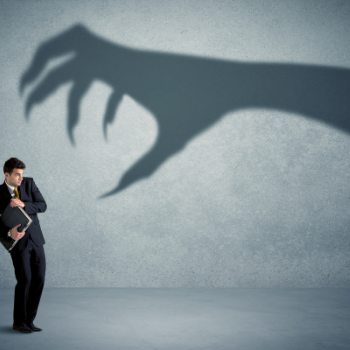 There are several ways to deal with phantom income, though it can be a real hardship in the short term. As always, having a great financial planner or tax planner in your corner is one way to be proactive. Professionals may be able to spot the potential phantom income early on, which will help you plan for it come tax season.  Someone who knows the ins and outs of the IRS's extensive ruleset can help you offset, distribute, or get phantom income paid by companies creating it.

We named a few ways business partnerships and small business owners can create phantom income without realizing it. Those were two examples of many possibilities. If you're a small business owner, working for a startup, or in a business partnership, it would be in your best interest to regularly meet with a financial professional and tax professional. They can help you diagnose phantom income early and create plans and strategies to deal with it.

Don't Get Freaked Out By Phantom Income.

To end our Halloween special, let's quickly recap some of what we've learned about Phantom of the Op… I mean Phantom Income. This is essentially money that you've either earned or equity that's been attributed to you, but you haven't received any cash for yet. Though you don't have the cash on hand from the equity or transaction, you're still liable for the tax burdens that come with creating that wealth. Business owners, domestic partners, and bondholders are particularly susceptible and at risk for having phantom income. However, they can mitigate their risk of it through communication with financial and tax professionals.

So, what do you think? Is Phantom Income scary, or have we unmasked it? Either way, don't be caught off guard by phantom income. If you or someone you know is having issues with phantom income or phantom revenue, please call or email to schedule an appointment with me. Together, we can create a financial plan that helps you plan and strategize for phantom income so it won't be so scary come tax season. 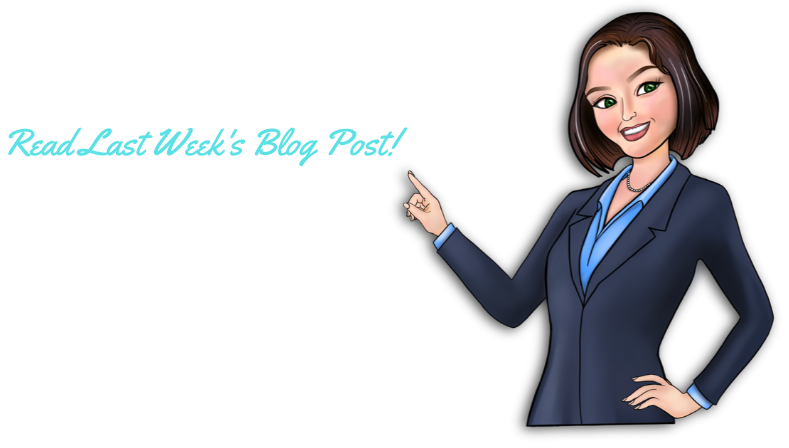 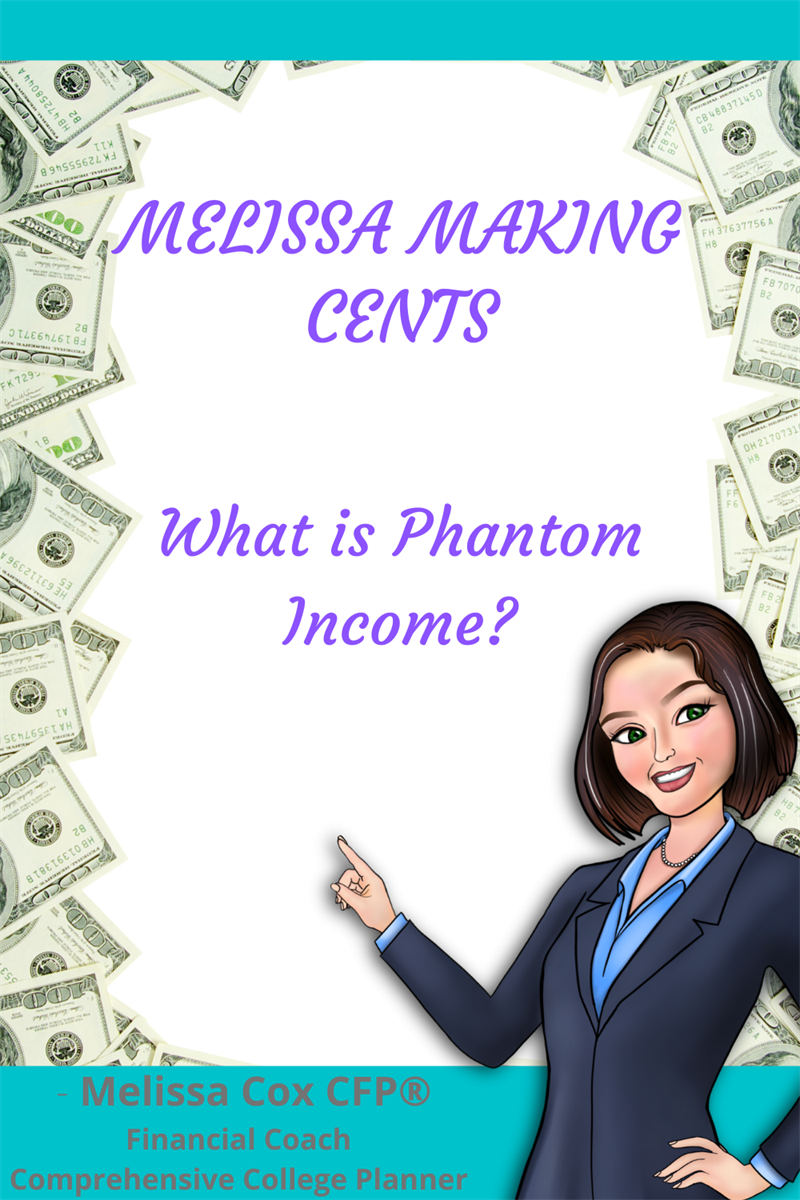