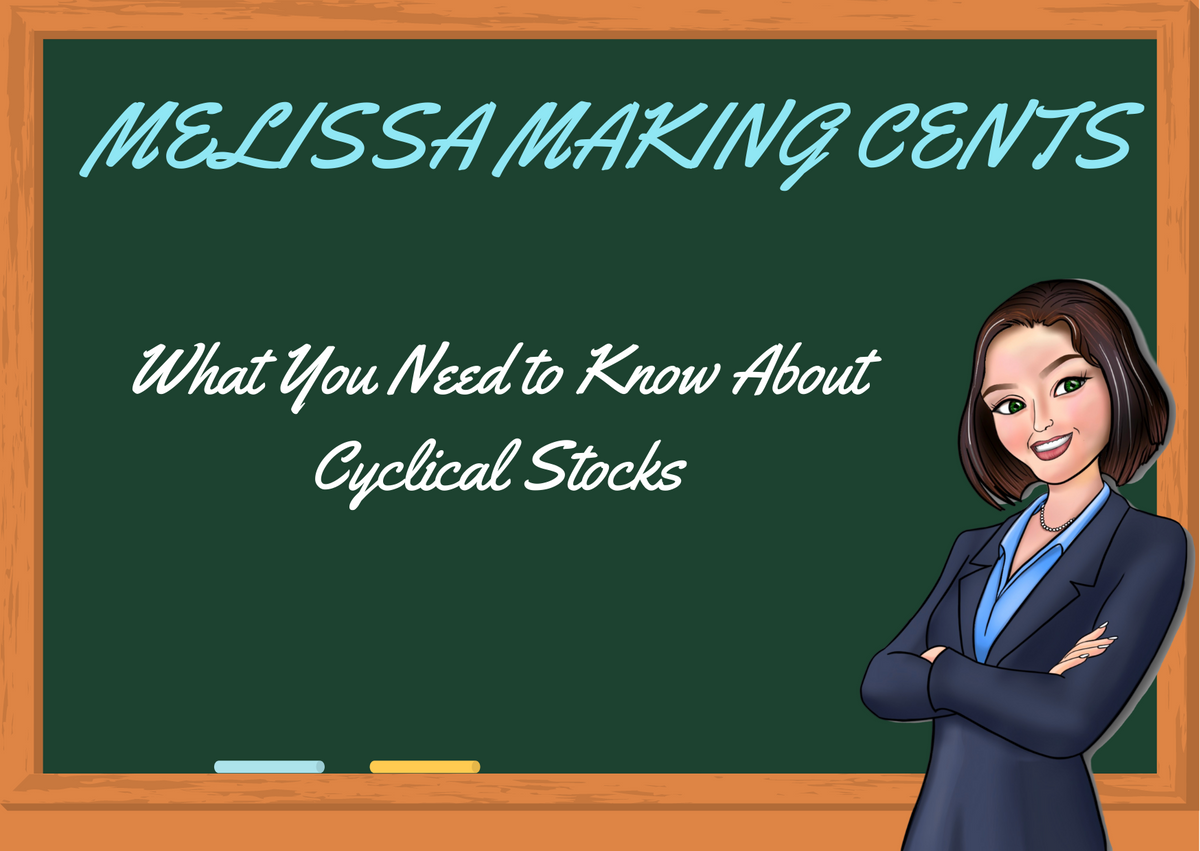 What You Need to Know About Cyclical Stocks

Cyclical Stock and Your Financial Plan

As a CERTIFIED FINANCIAL PLANNER, I field a lot of concerns and questions about varying investment types. Whether we’re talking about newer types of investments, like NFTs and cryptocurrencies, or more traditional tried-and-true methods of investing like stocks and bonds, people are always curious about how different investment mechanisms work. This week we’re continuing our series of articles covering the fundamentals of strategic financial planning! This week’s inclusion is a bit more advanced than some of our previous entries like Commodities and Your Financial Plan or ETFs and Your Financial Plan. However, it won’t be more complicated than one of our most recent inclusions, What are Penny Stocks?

As a financial coach, I find that often my clients, friends, and family are surprised to learn that these essential elements of finance (stocks, bonds, commodities) usually come in different forms. By that, I mean that almost every aspect of finance comes in various categories. For example, a stock isn’t just a stock - it could be a penny stock, blue-chip stock, a common stock, a preferred stock. These different classifications specify different types of stock that are performed in different ways. That leads us directly to today’s topic, Cyclical Stocks! However, before we get started talking about what a cyclical stock is, let’s go ahead and refresh our memories by talking about the bare basics of what a stock is.

What is a Stock. 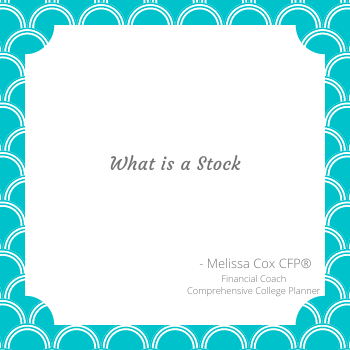 Like I said, before we really get into the nitty-gritty of today’s topic (which are Cyclical Stocks), let’s refresh our memories about stock. Of course, if you don’t need any kind of refresher, feel free to skip to the next section!

A stock is one of the most basic forms of investing in today’s financial market. In fact, it’s probably the primary vehicle that many investors, financial planners, and financial coaches use to invest and create wealth for themselves or their clients. As an investment, stock represents some ownership stake in a company and can be bought and sold on the market.

Stocks primarily make money in one of two ways. The first way stocks can make money is by buying and holding a dividend-paying stock. During thriving economic times, some companies make periodic payments to stockholders either in cash rewards or by issuing more stock. However, the most common way that most stocks make money is through appreciation. Appreciation, at its core, is the process of attempting to purchase a stock while its price is low and selling it while its price is high. Over time, this price differential creates a margin or a profit and results in return on investment.

Cyclical Stock and the Business Cycle 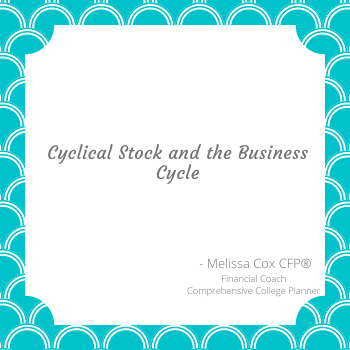 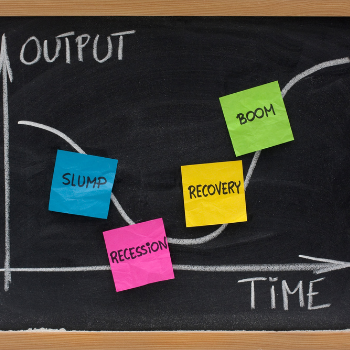 On top of being generally crucial to the country’s economic health, the business cycle is one of the primary things that classify a stock as being cyclical. A cyclical stock tends to follow the patterns of the business cycle. In other words, as the economy slows during times of contraction, so does the growth of a cyclical stock. However, cyclical stocks tend to perform very well during expansion and economic development!

What Industries are Cyclical? 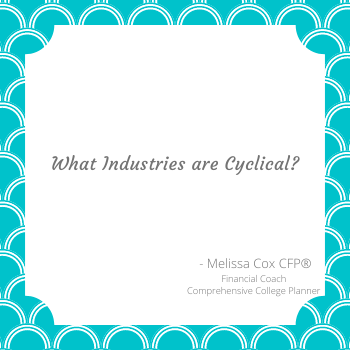 As you might imagine, one of the first industries to suffer during times of economic downturn is entertainment. Though some entertainment is essential for our mental health and wellbeing, it’s one of the first things we, as consumers, tend to cut back on when our dollars don’t stretch as far.

Along the same lines, travel is another industry that suffers during times of economic downturn and thrives during times of growth. As members of the economy, we tend to focus on working, saving, and spending money only where needed when times are tough, which leads to less money being spent on vacation and less travel .

When the purchasing power is more limited, and we’re attempting to make every dollar count, we cut down on eating out and cook at home more often. There is also a trend of consumers growing their own food and spending less time in grocery stores when the economy is in recession. However, we tend to eat out more frequently and splurge more readily during good times.

While most of the country needs some sort of transportation to and from work, we purchase fewer new cars during recessions and tend to either hold on to our older cars or buy used ones. Conversely, during growth periods, Americans splurge on vehicle spending.

These industries exemplify traits that tend to make their stock prices soar during economic growth and slow rapidly during times of hardship. This, in essence, is what makes an industry (or stock) cyclical. 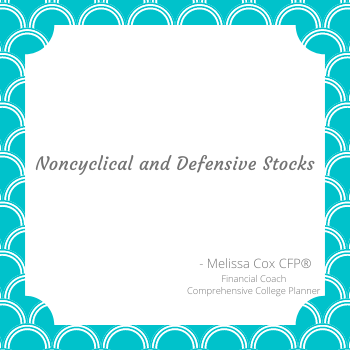 Where there is a Yin, there is a Yang. Noncyclical, also referred to as Defensive, stock is the opposite of cyclical. While cyclical stocks tend to do well during economic growth, noncyclical/defensive stock slows or may even suffer during economic prosperity. Alternatively, noncyclical/defensive stock seems to do very well during times of slowed economic growth, during contractions or troughs.

One example of an industry/stock which generally tends to be noncyclical are big-box stores selling retail goods that are needed during times of hardship. For example, stores like Walmart, Dollar General, Kroger, and other bargain "box" stores offer low prices on necessary goods and are generally unaffected or bolstered during times of hardship when people carefully spend their money on necessities. 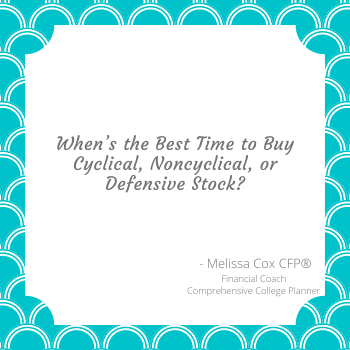 I’m always going to refer you to your financial advisor to discuss when the best time to purchase a stock or dip into an investment will be. However, certain times are generally best to buy these types of stock. For example, a cyclical stock is best purchased during slow growth. This is a sort-of sweet spot where the businesses that have made it through a recession are still standing, and stock can be bought at low cost before it (possibly) booms. Noncyclical stock is the opposite; it’s typically best purchased during the beginning of a slow-down or during a growth period when its price will likely be lower.

It’s good to keep in mind that the advice mentioned above is highly generalized and may not represent the stock you’re considering purchasing. Therefore, it’s always best to consult with a financial advisor or someone who can help you determine when they think the best time to purchase. This is mainly because buying at the “right” time is based purely on speculation and is subject to various forms of bias.

Stocks and investments can be unpredictable. So if you’re interested in trading in the ways of speculating on stock price for more tried and true methods based on stability and wealth generation over time, please, feel free to call or email to schedule an appointment with me. Together, we can create a financial plan that helps you make the most out of your money and investments. 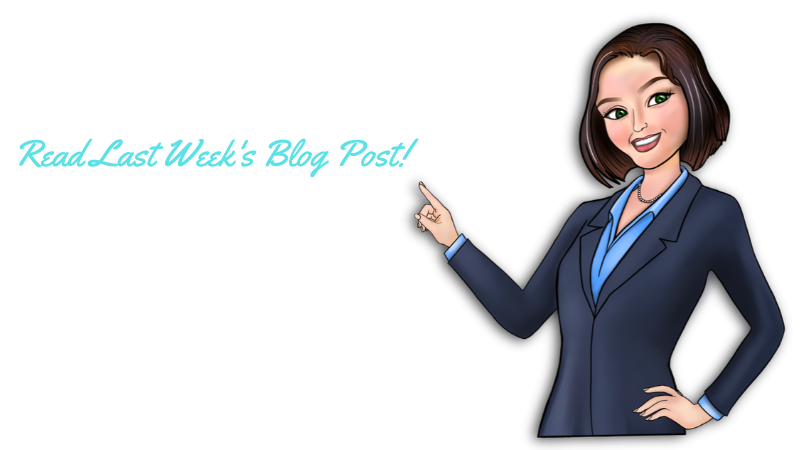 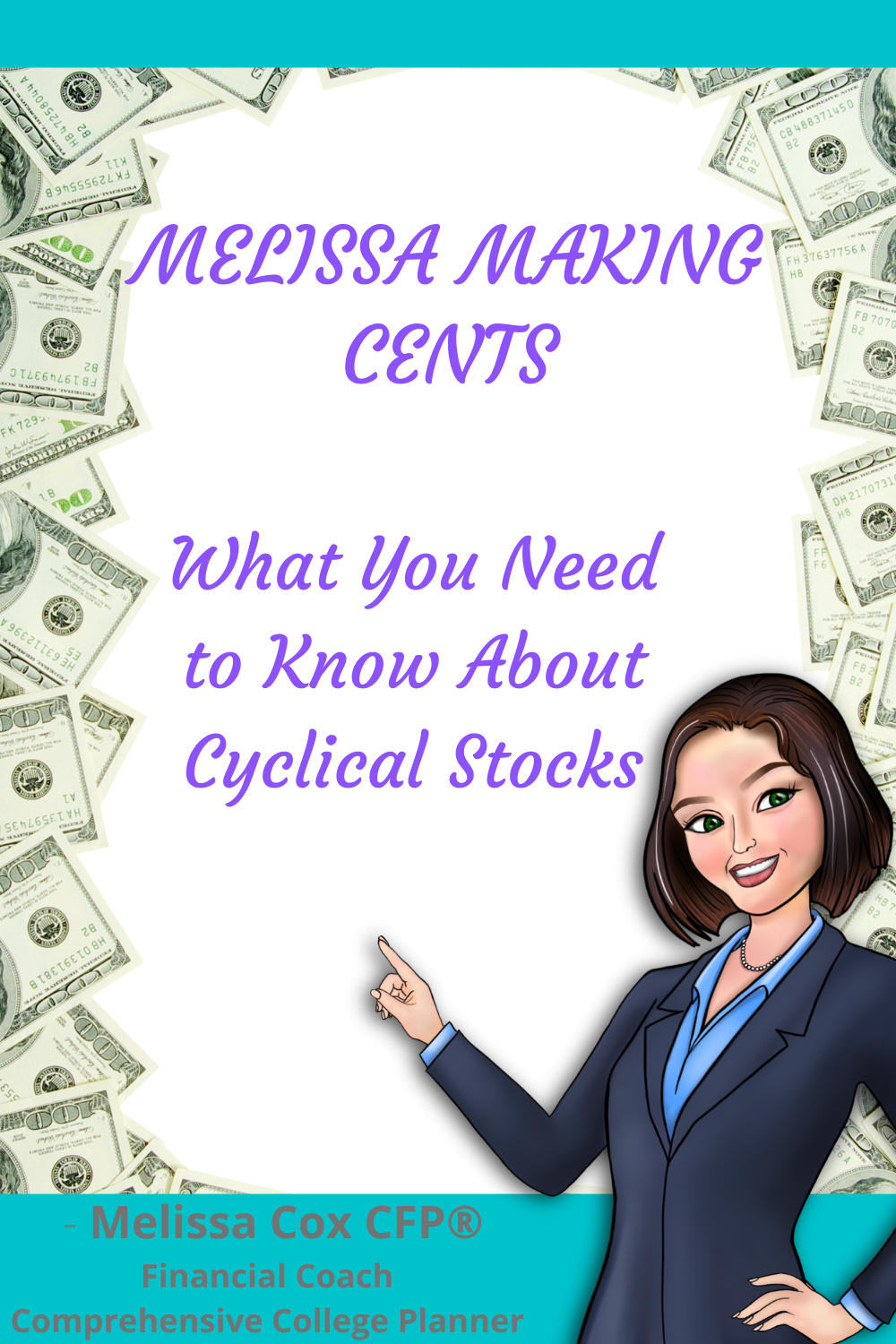